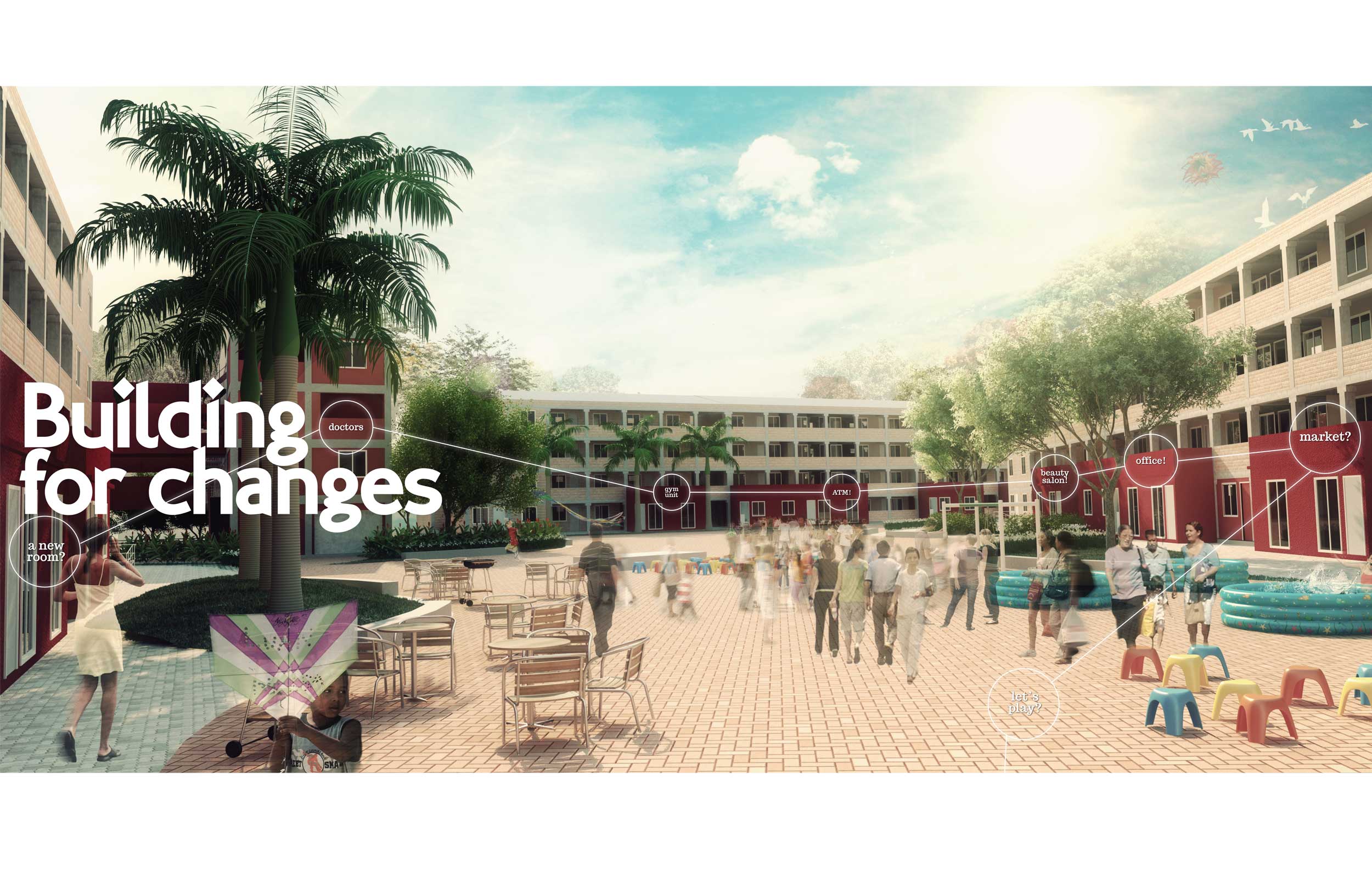 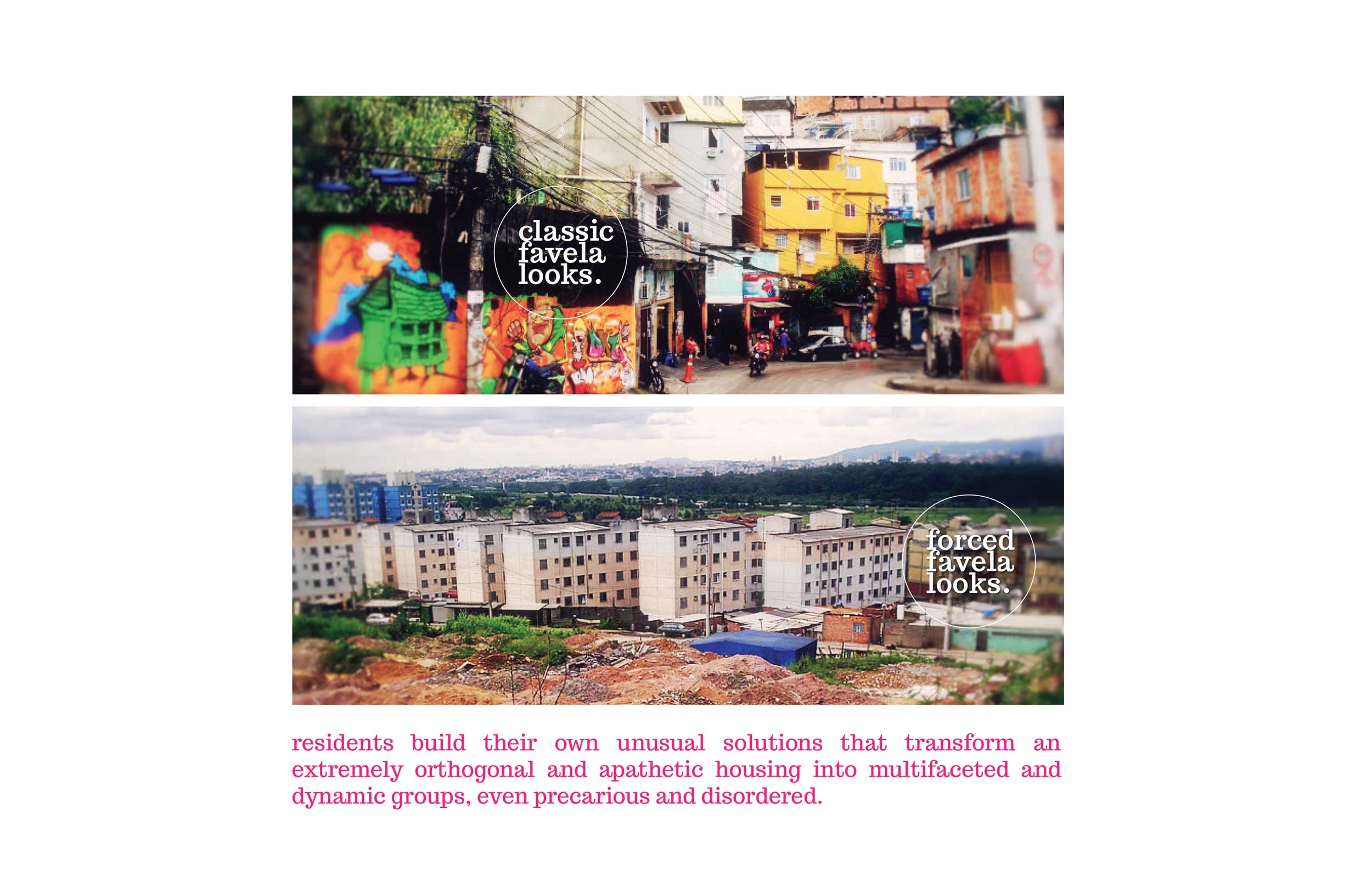 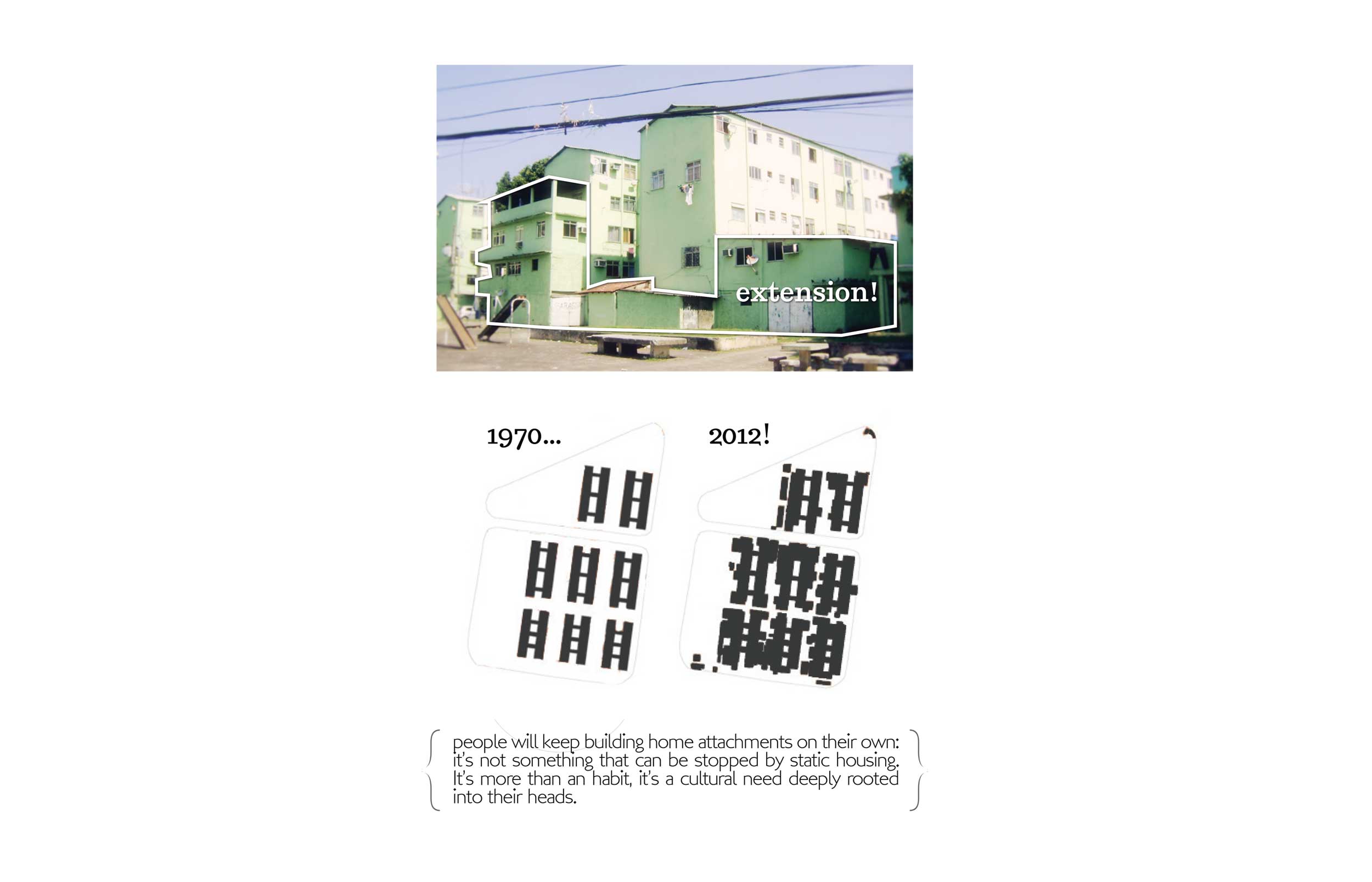 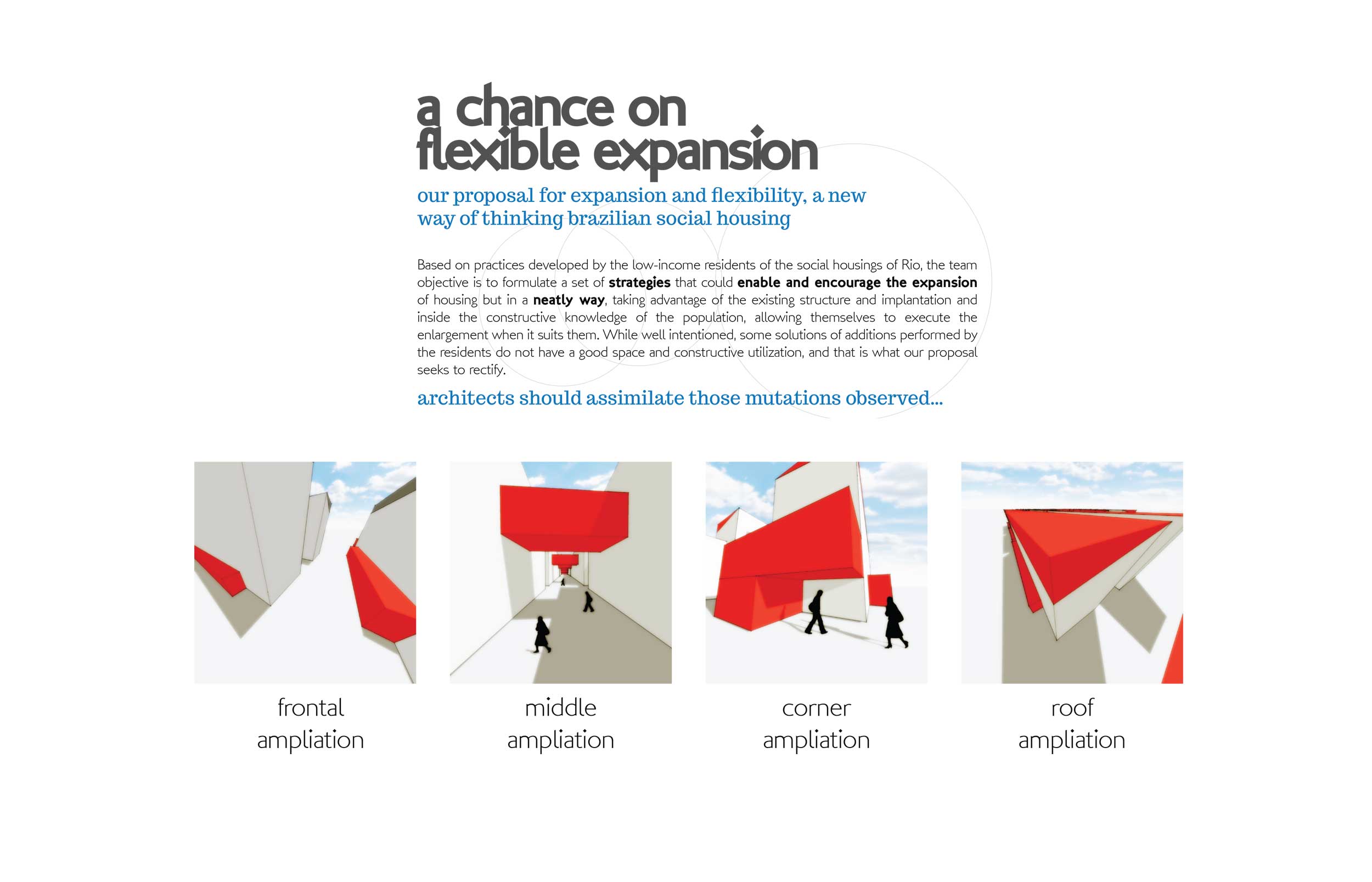 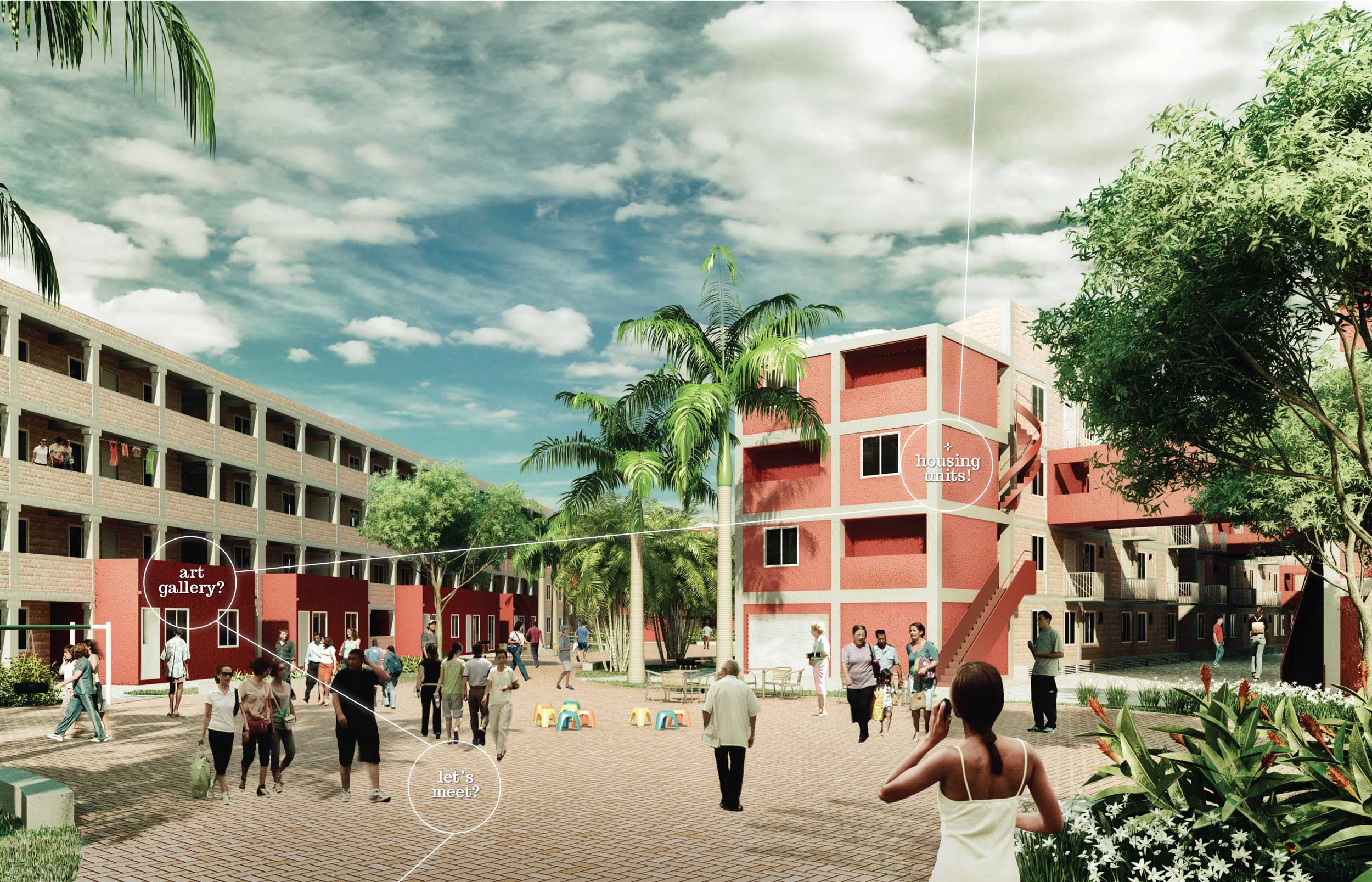 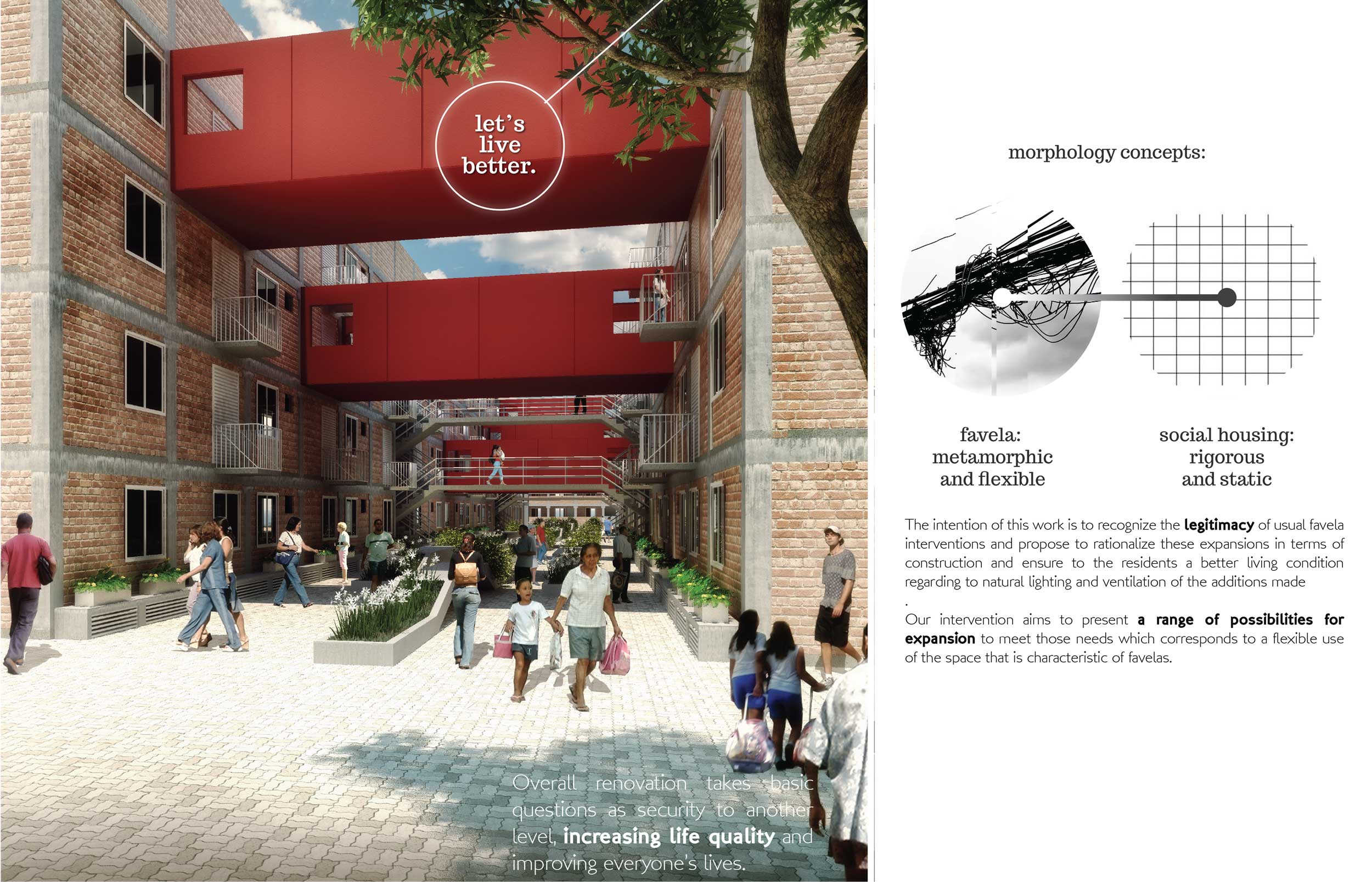 Our DAF: Designing for Adaptable Futures competition proposal focuses on expansion and flexibility to create a new way of thinking about Brazilian social housing. Based on practices developed by the low-income residents of the social housings of Rio, the team objective is to formulate a set of strategies that could enable and encourage the expansion of housing but in a neatly way. By taking advantage of the existing structure and implantation and inside the constructive knowledge of the population, this will allow the enlargement when it suits them.

Built in the late 19th century, the first favela of Rio de Janeiro emerged and reproduced as a poor housing model of Brazilian cities until nowadays. The expansion of these informal agglomerations for low-income people began in central areas close to work place, reaching the urban limits. In mid-20th century, Brazilian government adopted a policy of favelas “clearance” in valued areas of Rio de Janeiro, moving the residents to news housing estates on the outskirts of the city.

These static units were clearly built in order to keep its inhabitants far from the main urban centers, many times isolating them over urban limits. These buildings were meant to be a final model for housing issues all over the country, a symbol of how favelas can be cleared with strategic housing. However, the model fails in every single way. People will keep building home attachments on their own: it’s not something that can be stopped by static housing. It’s more than an habit, it’s a cultural need deeply rooted into their heads.

Deep renovation takes basic questions as security to another level, increasing life quality and improving everyone’s lives. Terrace expansions are also used for clean energy generation, making another step into the community’s sustainability. New terraces also issue water collection and treatment systems, utilizing it again through the building. They’re also a big laundry place, concentrating functions that can’t exist in the housing units of Manguinhos because of their small area. The intention of this work is to recognize the legitimacy of usual favela interventions and propose to rationalize these expansions in terms of construction and ensure to the residents a better living condition regarding to natural lighting and ventilation of the additions made.