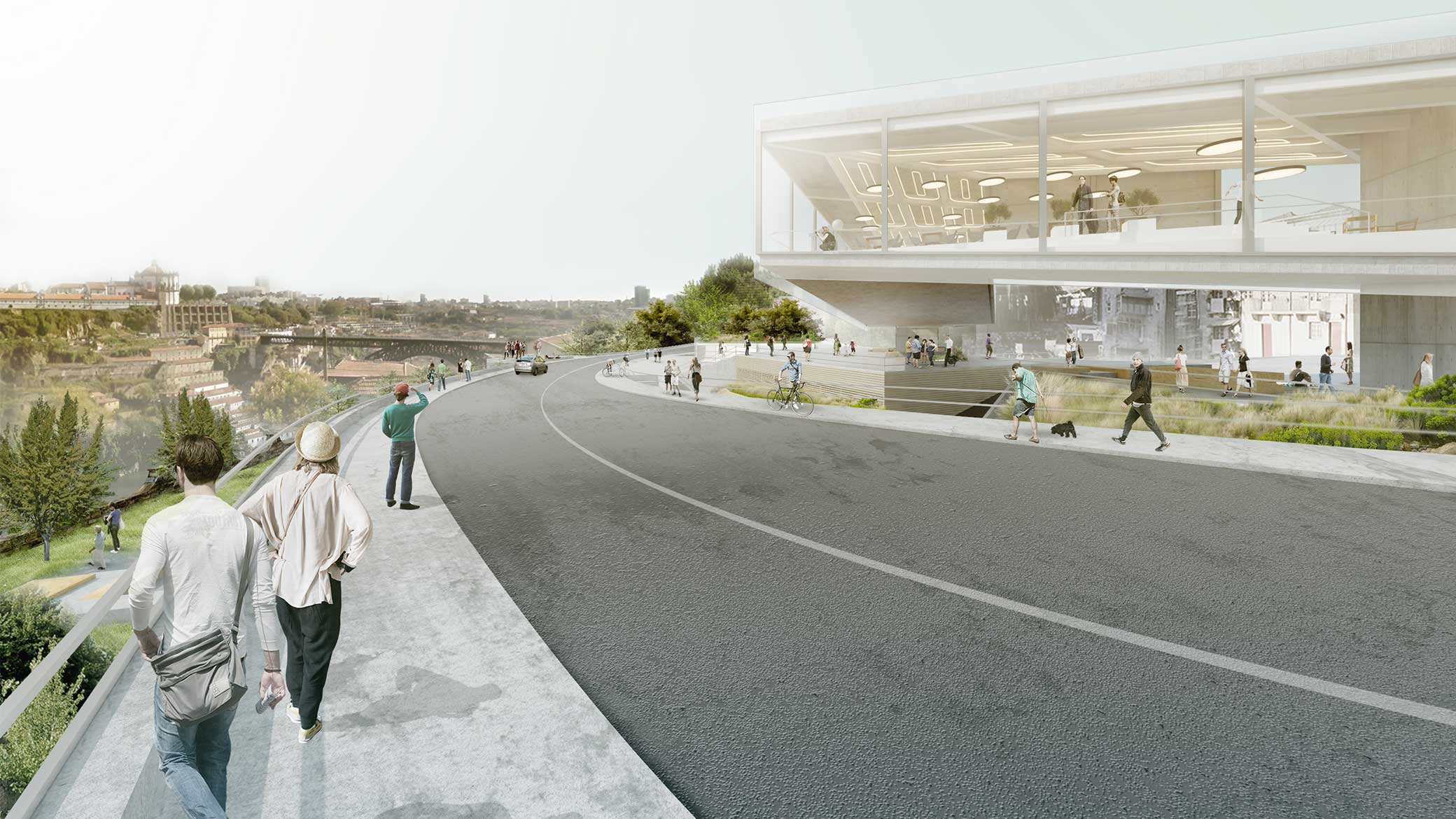 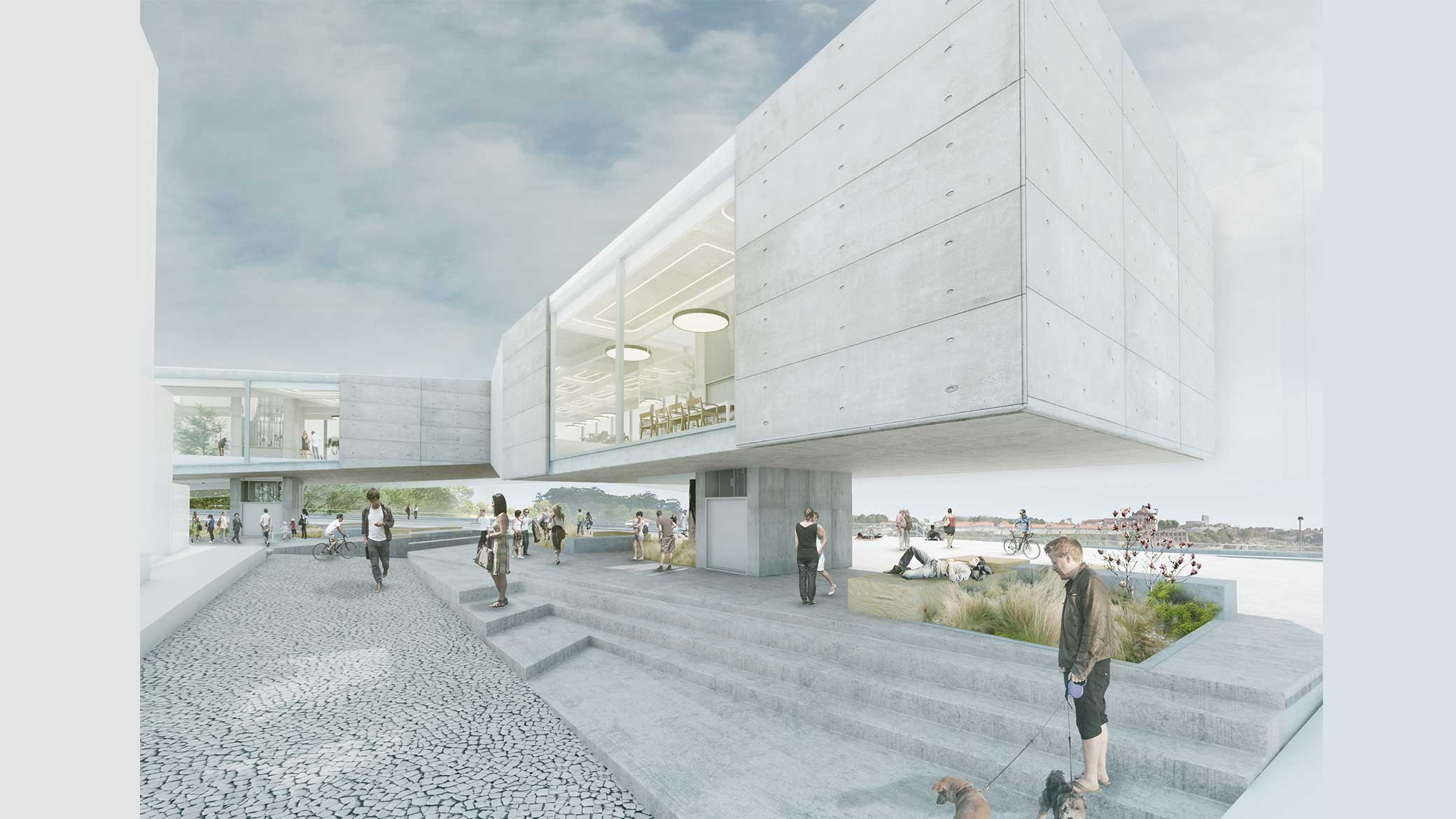 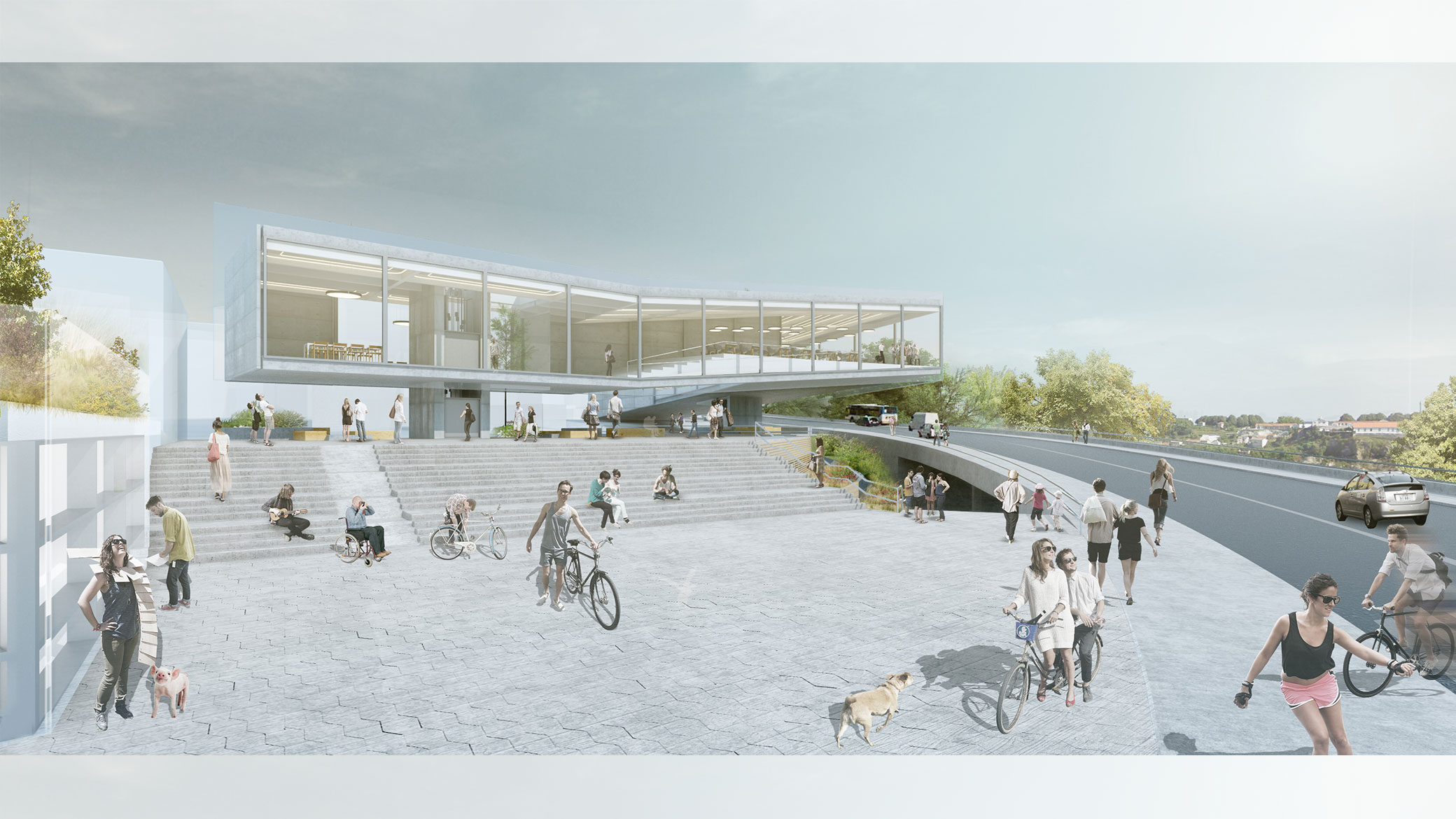 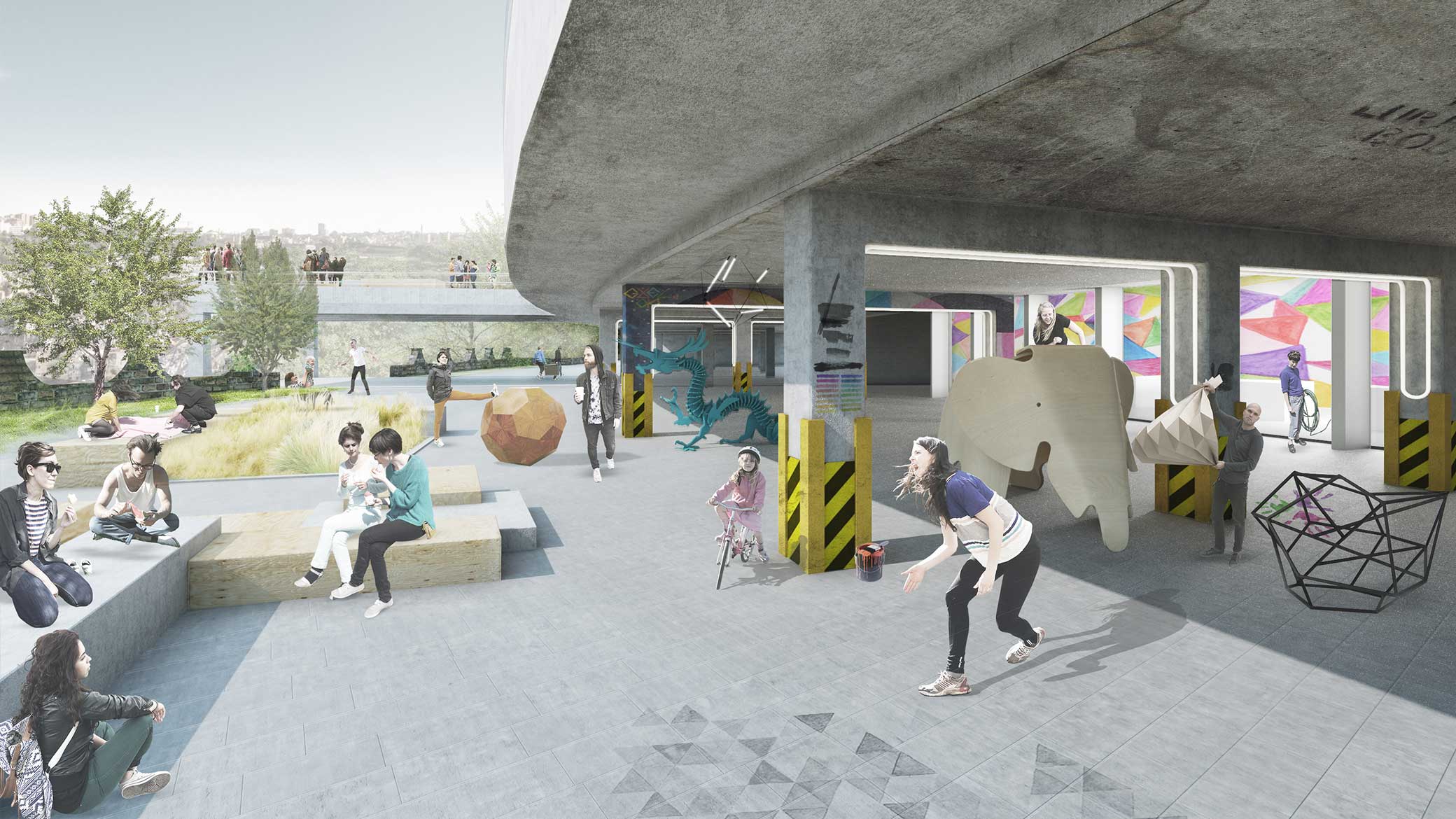 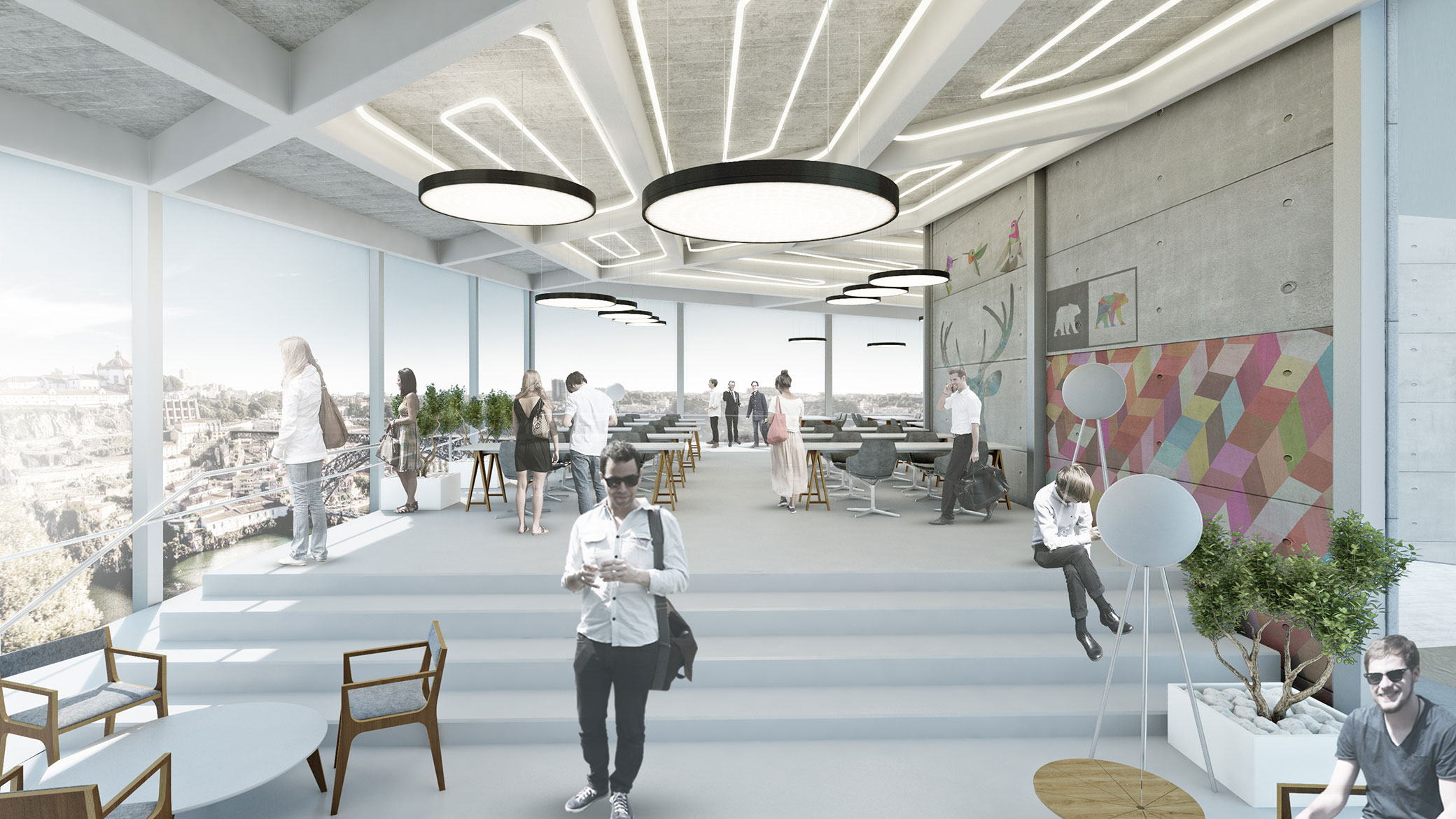 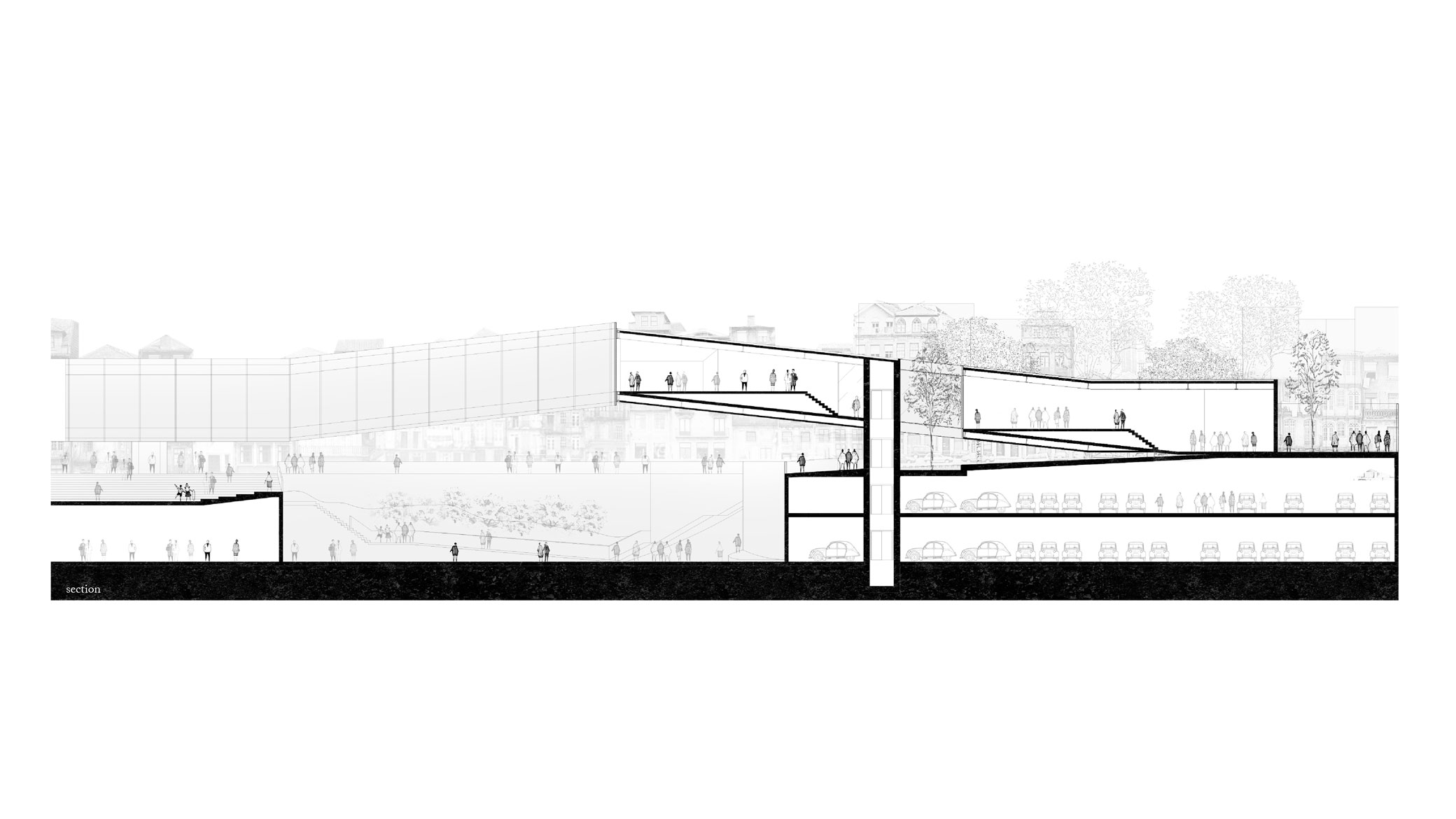 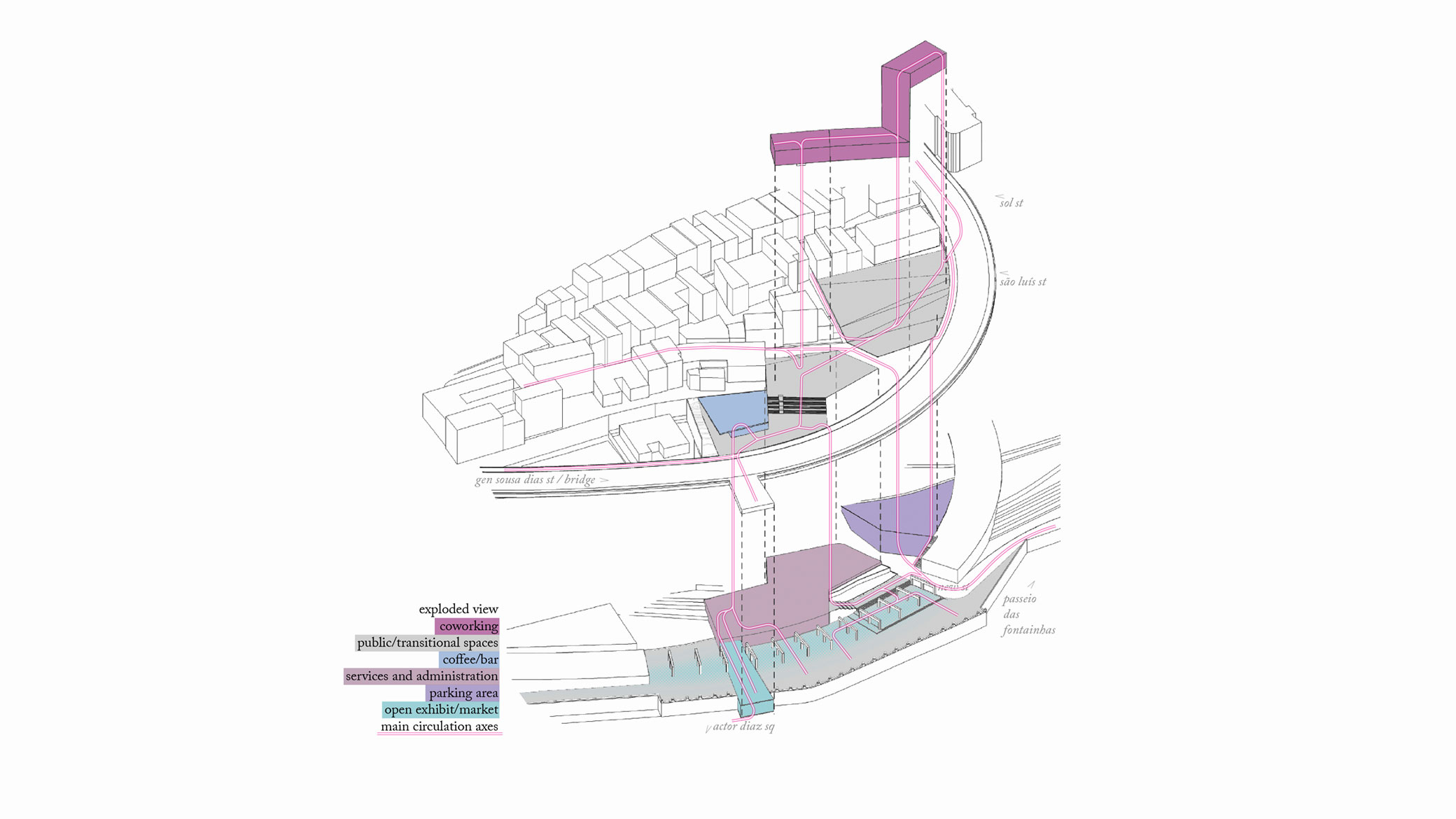 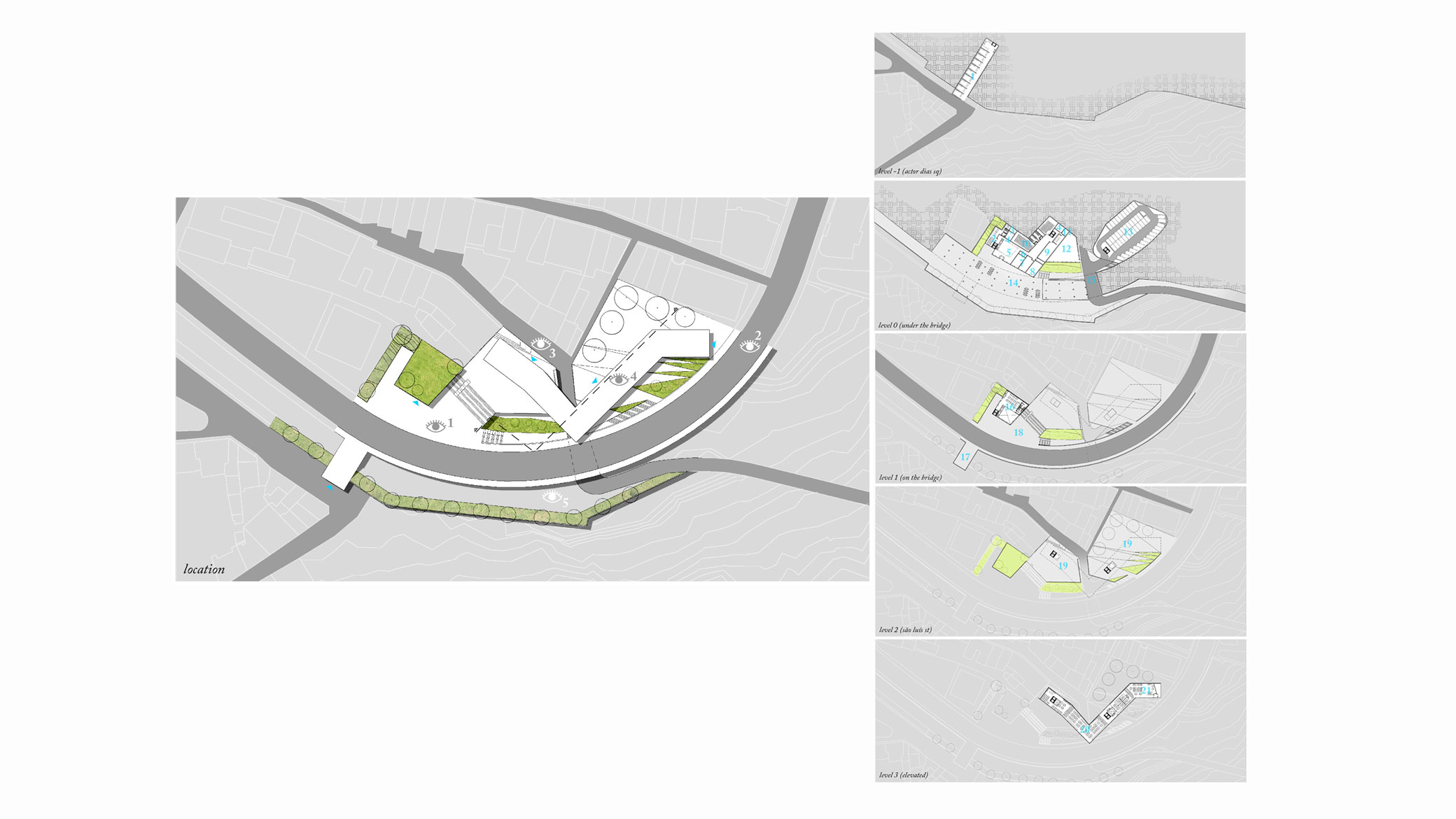 How can one make a space promoting the right conditions for the young creative professionals to work in Oporto city, create new perspectives for underused land and consider Oporto and Gaia’s historical contexts and sighs without becoming too much of an arrogant? For us, the first question to be answered was how to establish the connection of the site with its surroundings, as the connection areas with the existing city happened through different areas and levels. We considered the integration with the urban space to be a stimulating point to turn it into a successful space.

The bridge built with a strong modernist gesture some years ago is today a stranger in the middle of a historic and traditional area of the city. By the time, it answered some questions back to the city but they seem outdated now. This gap of languages created an urban block between the site and its immediate surroundings. Today the place is a terrain vague between two very different moments of local urban fabric.

What if the bridge wasn’t a stranger? After all these years it became an useful element that connects different sectors of the city. For us, it should be considered a friend, an opportunity to create a new moment, a new response to an existing context. There are 3 main stages in the evolution and development of an urban structure: repetition, mutation and revelation. For Oporto Coworking structure we chose to operate in the middle of revelation processes, the last and most intriguing stage of local urban scenario. Within the fatality that guides the tactics of contemporary cities, there are always positive things that happen not due to any plastic or programmatic disposal. Clusters, compressions, expansions and other physic and social phenomena that bring a level of sensibility that we might have not been able to forge from scratch and in which we can work with small effort, if we are able to identify, embrace and transmute their raisons d’être. Thus, we have chosen to be bold and embrace the bridge

Our response’s implantation and form were designed to respect the main directions of the traditional city geometry at the same time it becomes more fluid towards the bridge structure. As an effort to dialogue with the site’s many different levels and slopes, the project stablishes 4 main access points that redirect to the all the other spaces. These activities take place within the entire site, transitioning from the underground areas to open spaces amongst public squares, pathways and private volumes. These access points are a purely programmatic operation whereas the building and its surroundings became such a body with very blurred edges between private and public that the number of possible entries is actually countless.